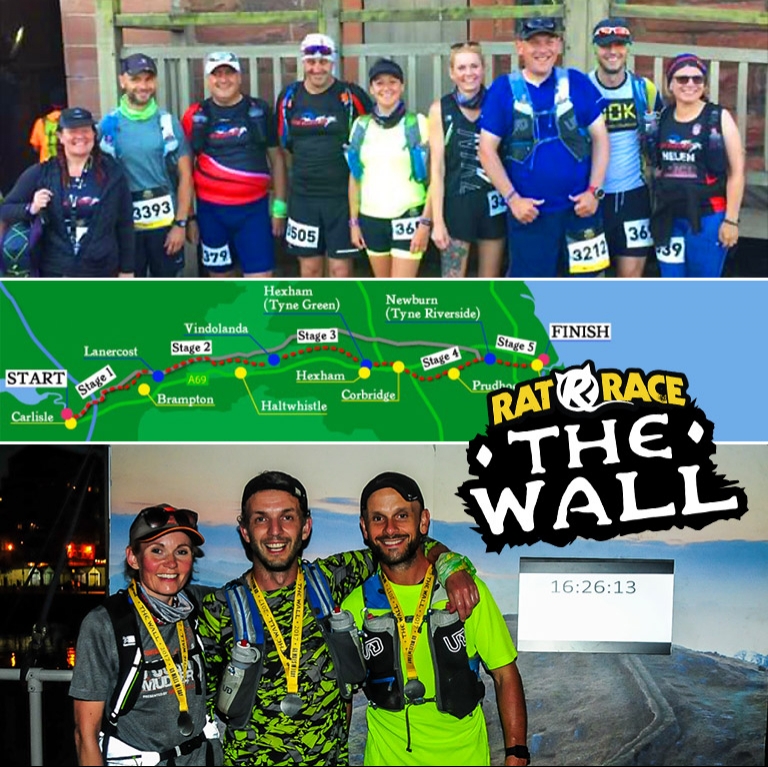 The team at Constant having had a short break from their charity adventures just took on their biggest single challenge to date; Rat Race - The Wall. It was a brutal 69-mile, one-day running challenge following alongside Hadrian’s Wall from Carlisle to Newcastle. This was a feat they weren’t entirely sure they could complete.

The team had seen this challenge to run ‘The Wall’ a year or so ago and loved the idea of it, but was far from ready having not even run a marathon back then. They have since done a few marathons and other events and felt ready to take this on.

An anxious group of around 1000 slightly damp and chilly hopefuls gathered in the grounds of Carlisle Castle for a 7am start. It was from there they were to head right across the country to arrive in Newcastle in the not-too-distant future.

Various members of the team had different plans and different aims, but the most common aim was to try to get to Newcastle before dark so as not to need the head-torch and hi-vis gear they had to carry, among a few other essentials. What none of them had factored in though was the hottest day in that area for many years. It was so hot in the middle of the day, the tarmac was melting and the soles of their trainers were sticking to the road surface.

It was a very tough and long day but the event was really well put together. For such a long distance through towns, country lanes, trails and farmland they didn’t once go off track.

The course was well marked including motivational signs at certain points, that’s if supporters yelling ‘ONLY 49 MILES TO GO’ and ‘DOES IT HURT YET?’ counts.

There were also alternating manned checkpoints and pit-stops along the course. The checkpoints were hosted by cheery and helpful volunteers egging all of the runners on and offering water and sweets.

Equally, the crowds and atmosphere were great, and at the 32 mile stop there was even a DJ on the back of a truck.

The last few miles were tough, but the team eventually reached the Millennium Bridge to cross the finish line, just over 16 hours since they all set off and crucially just before it got fully dark.

Out of the 1000 people that started, only about 600 completed this brutal adventure. All of the Constant team managed to finish.

The team raised substantial money for a number of different charities.

See the range of industries that Constant work with.

High-quality service, tailor made to your business

Apply online to become part of our growing team.

Ask us anything about our security services.